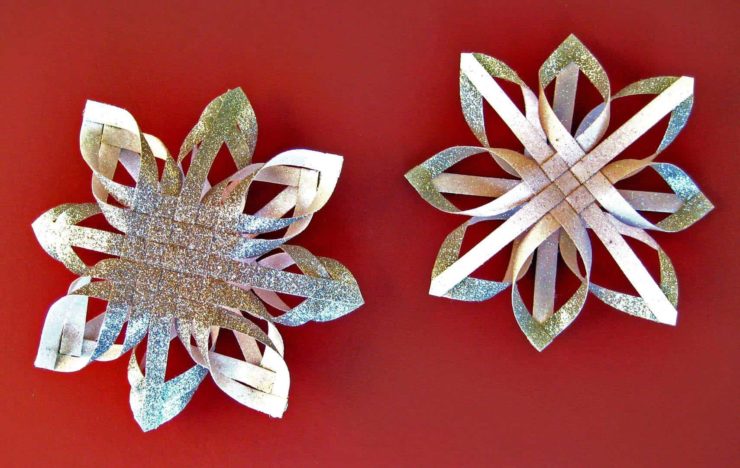 Last year I bought two sheets of glitter wrapping paper, one in white and one in silver.

They caught my attention in the store, but then I couldn’t find any project to use them because They were sooo brilliant! and I was more in « kraft paper » mode.

Surely it has happened to you, you have bought something that seemed spectacular to you in the store and when you got home all the charm had disappeared. Anyway, since their low price did not justify another trip to the store to return them, they went to the back of the closet, from where I rescued them this year to make stars.

Because the stars are brilliant after all, right?

Do yo want know how they are made? 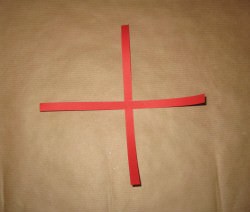 You start by gluing two of the strips together to form a cross. It is very important that this cross remains symmetrical, because it is the base of the entire star. 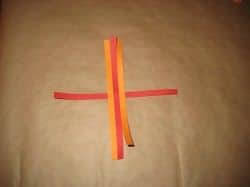 We glue two other strips on the sides of the vertical 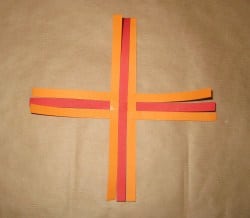 and two others on the sides of the horizontal. It is not seen very well in this photo, but the strips are crisscrossed sometimes at the top and the next at the bottom. You can see it more clearly in the header photo. 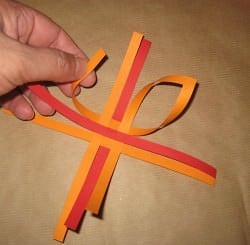 We fold the two strips that are on the outside of the quadrants and glue them together. 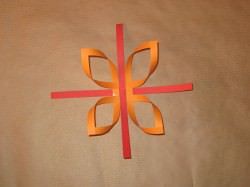 This is how it looks after all four quadrants have been glued together. 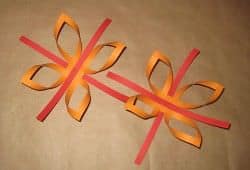 We build another figure the same as the previous one 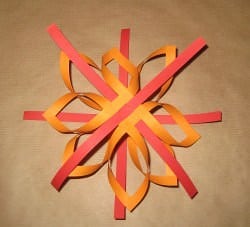 and place one star on top of the other. 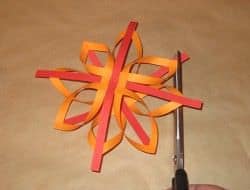 We glue the ends of one figure (orange in the photo) on the central strips of the other figure (in red in the photo) and cut the excess pieces. 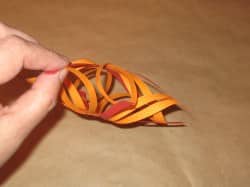 This is how the star looks in profile. As you can see, it remains with volume. 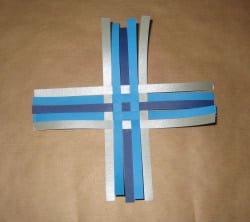 To make the star bigger, the procedure is the same, although we use more strips. We begin by mounting the cross with five vertical and five horizontal strips. 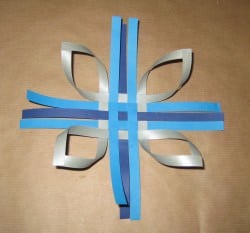 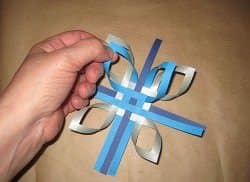 and in the same way we fold the following strips that we find (light blue color), so that only one loose strip remains in the center (dark blue color) 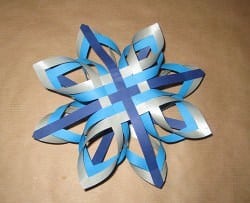 We make two pieces and assemble them one on another as in the previous one, glue the tips of the stars (light gray and blue) on the central strips (navy blue) and trim the excess. 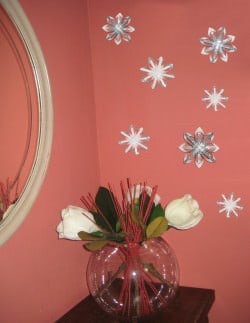 It seems to me that they would be beautiful crowning a fir tree, but they are also very beautiful on the wall or forming a garland or a mobile …

How would you put them? 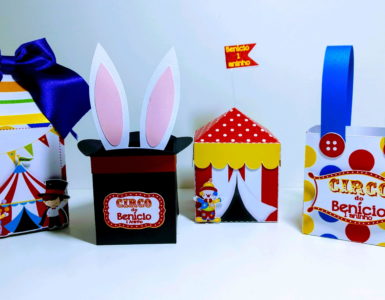 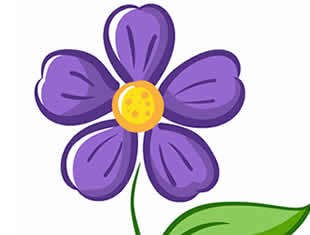 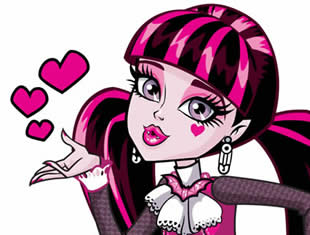 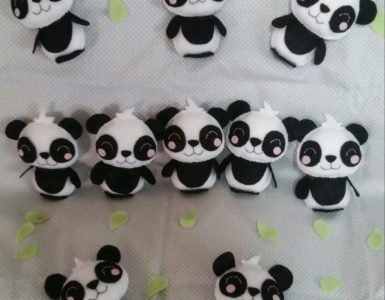