Much is said about food introduction, but little is discussed about the details of this process. Unless the mother is already experiencing this phase and receiving guidance from the pediatrician, of course, there are always doubts about what can or cannot, what are the right times, etc.

Starting to feed a baby can mean a lot of responsibility. After all, everything will be new for him, who until that moment has only known milk – maternal or artificial, depending on the case.

The fact is that the medical profession is not unanimous about the right time to introduce new foods in addition to milk. And that is why it can tie the heads of mothers and guardians, who are eager to start preparing the baby food.

What do you think about better understanding what food introduction is all about? We will expose here elements that show how it can be done, simplified ways to create menus and recommendations according to pediatricians.

What is food introduction?

According to the official website of Dráuzio Varella, we refer to the introduction of food as the phase in which regular feeding for babies occurs, in addition to breast milk.

We must remember that, according to the WHO, as well as the Ministry of Health, exclusive breastfeeding should be done until the babies have completed six months.

In other words, nothing else should be added to the food of the little ones until that age. Not even water or teas.

Therefore, it is called the beginning of a menu with fruits, vegetables and other foods of ‘food introduction’. This period starts at six months and changes gradually as the baby grows.

The question that many mothers, in addition to fathers and other guardians have, is about the types of foods that can be included in this menu.

After all, there are many options available and some of them need more time. In addition, other items are prohibited for babies so small. So it’s worth the research, ask the pediatrician and pay attention in everyday life.

The digestive system of babies before six months is not yet ready to receive food other than breast milk. Not even teas, which can promote actions that harm the health of the little ones even though they are natural.

In addition, moms who are excited about the inclusion of new foods in the baby’s routine should know that this phase requires total care and should take place calmly.

According to doctors, because it is the first contact with new ingredients, you should make this introduction little by little. Slowly.

The menu chosen depends on what the doctor evaluates. After all, there are children who may be unwell with certain foods and even develop allergies and intolerance. Therefore, start this process calmly and always with the accompaniment of the doctor.

According to pediatricians, the early introduction of food can induce weaning of the baby. Thus, he may suffer from a drop in immunity and a lack of very important nutrients for his development.

In addition, exposure to foods other than milk before the indicated time can harm the baby’s gastrointestinal tract, which still needs to evolve to receive them from six months onwards.

Baby feeding introduction means the beginning of the feeding phase other than breast milk. According to the Ministry of Health, it should occur at six months of age.

That’s when you will, in addition to breastfeeding, make your baby’s fruit and savory baby food!

How should the baby be fed?

One question that many families have is how to introduce new foods into the baby’s routine. Can such a tiny being eat anything? What is best for the beginning? What’s the best time? What foods can cause reactions?

Well, there are really many common questions that can occur. This is especially true for first-time dads who end up having greater difficulty in new stages of growth.

The varied menu is super important, namely. However, before varying a lot, choose the foods little by little so that the baby has time to get used to it.

1 – New foods must be complementary to breast milk.

2 – Usually the beginning happens by offering fruits. After a few weeks, start with salted baby food.

3 – Children usually refuse and find food strange the first times, so don’t insist on that moment. Leave to introduce it to the ingredient another time again.

4 – According to the Ministry of Health, the same food should be offered eight times until it starts to accept it normally.

5 – The baby’s diet must be rich and diverse so that he has contact with as many nutrients as possible.

6 – The menu must contain the known macros – fats, carbohydrates and proteins. As well as micro – iron, zinc and vitamins.

7 – Offer vegetables, as well as fruits, meat and eggs, cereals, tubers and grains.

8 – Namely, until the eighth month it is necessary to introduce foods such as eggs, fish and gluten to create tolerance and avoid possible allergies.

9 – It is not recommended to beat the baby food in the blender so that it does not lose its texture. Babies need to learn to swallow and, for this, food cannot be liquid.

10 – Do not put sugar in the fruit baby food or in the juices recommended by the pediatrician. It is contraindicated to artificially sweeten children’s food until at least two years of age.

11 – Use natural spices, such as onions, garlic, parsley and chives. If you need salt, put it in a little bit.

12 – Have times to feed your baby. Set time for breakfast, lunch and dinner, following a schedule day by day for the child to get used to the routine.

According to experts, food introduction should begin with the offer of:

For fruit porridge: choose a different fruit for each period of the day. So the baby knows a greater variety and expands his palate.

For vegetable porridge, it is recommended to present the baby with an item each food group together. For example:

And as with fruits, try to diversify the offer every day. If one day the baby food was potatoes, chicken, lentils and spinach, the next day give rice, beans, beef and tomatoes.

In short, despite being a phase of the baby that implies care and attention, it is usually very tasty for moms, dads and whoever else participates in these moments.

Remember that this stage of life is decisive for the baby to form his taste for the following years. Therefore, it is super important to vary a lot in the menu options.

And then, he liked to know more about the baby food introduction?

Leave your comment below saying what you think and your question, if you have. Until later! 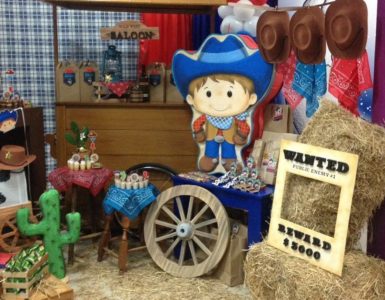 Beyond sports like football, volleyball and basketball, the ball can be an instrument to create many games and games among children and adolescents. Thus, there are a multitude of activities and ball games that can be...

Coloring activities can be a way to explore children’s artistic skills, and in addition to working with the artistic side, it is also possible to bring teachings during the activity, combining painting with...